There is no single definition of ‘sexting’. Many professionals consider sexting to be ‘sending or posting sexually suggestive images, including nude or semi-nude photographs, via mobiles or over the Internet.’

The law was devised to protect children from adults and not to criminalise children.  However, children who take or share sexual images of themselves or others are breaking the law.  Creating and sharing imagery can be very risky but can be the result of natural curiosity and exploration.  Young people often need educating, support and safeguarding rather than criminalisation.

Schools may respond to incidents without referring to the police.  If the police are involved, they can record the outcome of the investigation as “Outcome 21”.  This means that even though a young person has broken the law and the police could provide evidence that they have done so, the police can record that they chose not to take further action as it was not in the public interest.

An immediate referral to police and/or children’s social care should be made if at this initial stage:

Any incidents with aggravating factors, for example, a young person sharing someone else’s imagery without consent and with malicious intent, should generally be referred to police and/or children’s social care. The school will also take into account whether the child has been involved previously in any such incident.

Students will be informed that possession of youth produced sexual imagery is illegal and that they must delete images. They will be informed that if they refuse or it is later discovered they did not delete the images they are committing a criminal offence and the police may become involved.

Parents/carers will be informed at an early stage unless informing them will put the student at risk.  A decision not to inform parents will usually be taken with social care and or the police.  Parents/carers will be offered advice, although this advice will vary according to the way in which their child has been involved.

Parents or carers whose child has lost control of a sexual image will be:

Parents/carers will also be informed about how to report sexual images on individual sites to get them taken down. If the image has been shared via a mobile, they will be informed that they can contact the mobile phone operator in order to get their child’s mobile number changed.

Parents or carers whose child has been sent a sexual image will be:

Reporting to the police
When it is considered that the police need to be involved, issues will be referred to the School’s Police.
The School notes that when a report is made to the police they are not able to offer general advice on incidents. If the children involved are named or specifics are provided they are duty-bound to record and investigate all criminal activity reported. 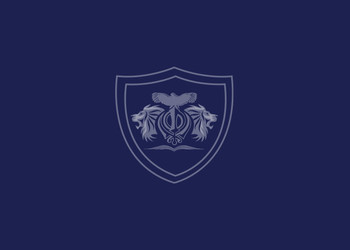 Letter to Atam Parents and stakeholders from Chair of Trustees